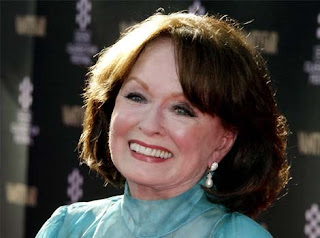 Mildred Pierce and Hostess cupcakes? If that's all you know about actress and singer Ann Blyth, who turns 90 years old today, you've missed out on a lot. 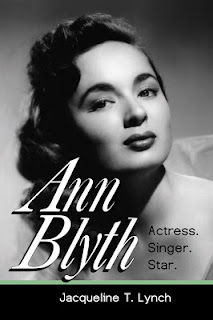 Yes, she played the incorrigible Veda in Joan Crawford's noir classic Mildred Pierce, giving a performance that netted her a Best Supporting Actress Oscar nomination. And, indeed, younger viewers may remember her TV commercials of the 1970s. But there was much more to this versatile lady's life and career, as you can find out by picking up a copy of Jacqueline T. Lynch's book Ann Blyth: Actress. Singer. Star. This month, in honor of Ann's milestone birthday, the eBook version of the book is a steal of a deal at only $2.99.

Although the basics of the star's private life are covered, Lynch devotes much more space to Blyth's career. A lengthy and incisive essay is provided for each of her films, even the lesser ones. Since many are not readily accessible on DVD, Lynch gives us thoughtful commentary that helps us better understand the range of roles Blyth played, and appreciate the nuances of her acting style. Unlike many film historians, Lynch doesn't neglect or downplay Blyth's work in other media. There's ample coverage here of career achievements in radio, television, and stage (actor-singer Bill Hayes contributing some valuable reminiscences of their joint concert appearances).

Ann Blyth is now one of the last major survivors from the Golden Age of Hollywood. Jacqueline T. Lynch's book pays her the tribute she deserves, and some overdue recognition as well. Happy birthday, Miss Blyth!
Posted by David C. Tucker at 4:00 AM